Attention Deficit Disorder is a real thing, many adults have it to some degree.  The old thinking was that this was a disorder in childhood and teenage years that they would grow out of.  We know better now.  Many times Adults are diagnosed at a time that they take their children to a provider to be diagnosed.  We know that there is a strong genetic component for ADD/ADHD.

Treatment varies with each individual, approximately 20% of individuals will respond to non stimulant medication:  Straterra, Wellbutrin and Guanfacine.  Most other patients respond to stimulants:  adderall, ritalin, vyvanse, concerta or others.

Attention is not the only problem,  we know that this disorder is pervasive and causes problems in every area of an individual’s life.  Emotional dysregulation is an often overlooked phenomena with ADD.  ED is characterised by problems with temper control ( feelings of irritability and frequesnt outburst of short duration), emotional over reactivity (diminished ability to handle typical life stresses, resulting in frequent feelings of being hassled and overwhelmed) and mood swings (short and unpredictable shifts from normal mood to depression or mild excitement)  A complete diagnostic exam can help distinguish this from other disorders that share some of the same characteristics.

Adults with ADHD are more likely to be less educated, have poorer work performance and increased likelihood of dismissal from work or frequent job changes.  They often have difficulties in maintaining long-term social relationships, and higher divorce rates, frequent and serious car accidents  and criminality.

Maryann Ryan,NPP is a psychiatric nurse practitioner working in her private practice in Warwick NY.  Knowledge is Power and we look to provide information that is accurate and timely for those with mental health issues and their families.

JUST ANNOUNCED: Free art classes for teens! 🎨 🖌️Center For the Arts at Bethel Woods are offering free, creative meetups for teens 14-18 years old. Classes are Tuesdays, March 16-April 27 at 6-7:30 PM.ABOUT THE PROGRAMTeen Art Studio is a space where teens can meet up and experience how art and creativity can lead to new perspectives, connections, empowerment, and freedom from stress. Each week, Bethel Woods Teaching Artists introduce new creative projects and mindfulness techniques aimed to combat the pressures of school, family, and social life. This group takes place in the Conservatory at limited capacity, with social distancing and safety precautions in place. ... See MoreSee Less

Explore the Bethel Woods events schedule and plan your next trip to our Catskills attraction.
View on Facebook
· Share

A new group from Nourish Your Mind is starting next week for adult survivors of trauma. This is a 6 week Trauma Healing Group for Ages 18 and up. Females and members of LBGTQ welcome! 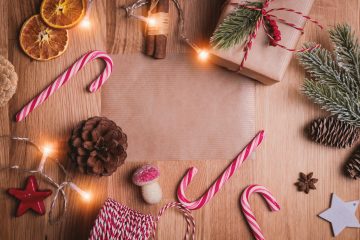 Although the holidays are supposed to be a time full of joy, good cheer and optimistic hopes for a new year, many people struggle during the holiday season when expectations are high and disrupted routines Read more… 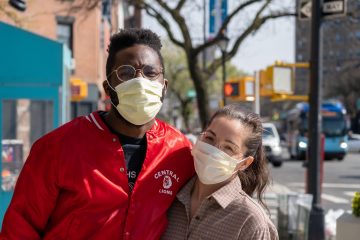 Stick to a Routine! Maintain some structure during the quarantine days. This is so important. The key is to try your best and when the day is done, it’s done. Try to stick to a Read more…